This August, London hosted the Guinness World Record attempt for “The World’s Largest Gong Ensemble”. – the World’s biggest ever gong bath, with 100+ gongs, played by some of the World’s best gong players! 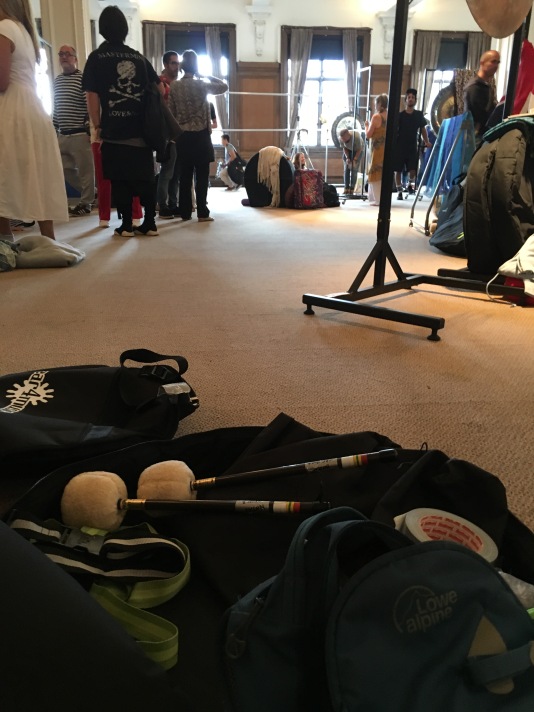 Sound is one of the oldest and most natural forms of relaxation and healing, documented and practiced in ancient civilisations, tribes and clinics around the world for over 40,000 years. Gongs, in particular, with their wide range of of frequencies, tones and harmonies, are one of the most powerful healing instruments.

More than 190 gong players turned out to break the record.

Our Story I came to Yoga in 2010 after being involved with and practicing various martial arts. After 4 years of practice I decided that all I had learnt and discovered across the Arts had many similarities and should be passed on to others, who may want a different look at their yoga practice, so I recently took the plunge and completed my 200hr teaching diploma with FRYOG (Friends of Yoga). After getting a little lost during my teacher training, a set of Sing bowls and Gongs fell in to my life. These have transformed into an entirely different set of disciplines and its effects help bring a new dimension in to mine and others practice…the learning never stops as we all progress along our path. Wayne Boyce (FRYOG Dip) View all posts by Tea & Gongs Yoga

This is a text widget. The Text Widget allows you to add text or HTML to your sidebar. You can use a text widget to display text, links, images, HTML, or a combination of these. Edit them in the Widget section of the Customizer.